Agency Assisited Visa Services
French visa application documentation is pre-checked and pre-approved prior to attendance at the biometric visa center. The document assessment is conducted by a French Embassy accredited agency officially permitted to lodge visa applications on behalf of clients.

The Consulate General of France carries out stringent checks on all visa applications – Detailed documentation is required to verify the applicant’s status, means, itinerary and intention to return to the UK
Visa Application Rejection – Top 10 Reasons > Click Here

If you are traveling to France on lastminute.holiday deals or crucial last minutebusiness meetings, we can get your application processed within just 3 days*. Accredited agency submits your application and supporting documents – You attend to give your biometric data after your application has been approved, guaranteeing the inital acceptance of you visa application.

TRAVELLING WITH A SCHENGEN VISA

If you have a French visa, a Spanish visa, an Italian visa or any Schengenvisa issued by one of the following country’s consulates, you can travel to any of the 24 countries while your visa is valid. You should ensure that you get your passport stamped in the country of the Embassy that issued your visa – This should be your MAIN DESTINATION. See our FAQ page.

APPLYING FOR A FRENCH SCHENGEN VISA

If applying for a Schengen visa through the French Embassy, you MUST be a resident of the UK (excludes Scotland), France MUST be the main destination of the initial trip taken on the visa. ‘Main Destination’ is defined as the most time (nights) spent in a particular country on that initial round trip. Proof of all hotel reservations, and flight/travel itinerary confirmation for the whole trip must be supplied as part of the application. The French Embassy in London no longer accepts bookings via third party companies such as tour operators. See French Visa FAQs

The French Embassy will not issue a new visa for France if your passport already holds an active Schengen visa. If the visa has been issued by another country’s consulate, the active visa has to be cancelled first by the issuing consulate before the French embassy will consider the application.

Any Schengen visa endorsed in your passport that has not yet expired is considered to be an active visa, even if it has a start date that is yet to commence.

Scotland – applicants residing in Scotland are required to apply in person at the Edinburgh based consulate.

Passports: Must be no older than 10 years and must have at least TWO spare blank VISA pages 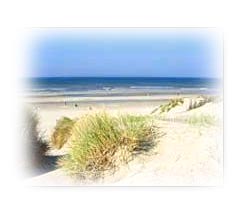 What is the VIS, BIODEV Biometric Schengen Visa and how will it effect me?

The introduction of the Biometric visa is very likely to greatly increase the appointment booking time at the embassy. In June 2004 the European Union decided to implement the Visa Information System (VIS) by the end of 2006. VIS holds the biometric data contained in every visa issued by the Schengen States. The biometric data consists of fingerprints of both hands and a photograph of the applicant. The data is stored in an electronic chip attached to the passport upon issuance of the visa. The collection of biometric data has and will alter the processing of visas considerably as applicants will now be required to appear in person and applications by mail or via proxy will no longer be accepted, regardless of the applicantsâ€™ place of residence or status. This new initiative was launched in 2005 and has already been experimented in 7 French Consulates around the world. A number of Belgium consulates are also carrying out, in parallel, the same experiment. It is anticipated that the French Consulate in London will be issuing biometric visas by the end of the first semester of 2007. As many of you will already know it currently takes several weeks to obtain an appointment. The recent change in the processing rules requiring spouses of EU nationals to attend the consulate in person along with their partners is already set to increase the waiting time. Compulsory personal appearance of all visa applicants is highly likely to create further delays. Business visitors are therefore advised to apply or renew their existing visas as soon as possible.

I am going on a tour to Spain Germany and France, at which embassy should I apply for my Schengen visa?

You have to apply for a visa at the embassy of the country that is considered the Main Destination. This is defined as the country in which you intend to spend the most amount of time (nights) on the initial trip taken on your new visa. If an equal amount of (most) time is to be spent in France and another country, of these countries, the Main Destination will be the first encountered on the itinerary. You should note that you will be required to supply additional confirmed bookings documentation for all of the other countries that you are proposing to visit and evidence of the means of transport used to travel to them.

How do I get a multiple entry visa for France?

The French embassy decides on the type of visa to be issued according to various factors ranging from the travel insurance taken out; previous travel history; the length of resident Leave remaining on the passport; quality of supporting documentation etc. The visa period issued is entirely at the discretion of the French Embassy’s visa section and the ultimate decision to issue a visa at all rests with them.

However, there are some things that you can do to improve your chances of getting a longer term visa for France:

2. Ensure that you have at least 6 months medical/travel insurance that includes repatriation (1yr is preferable) â€“ provide the policy documentation

3. Sign the French Embassy issued Assurance form to assure the French Consulate that you will have travel insurance the next time that you travel to France or any of the other Schengen countries.

Why did I only get a Single entry French Schengen visa this time? I was given a 6 month multiple entry visa for France before!

Did you treat France as your Main Destination when you first travelled on your last visa? If you used it to go to a different Schengen state/country or spent more time there than in France, it is highly likely that you will be penalized for misusing the system. All of the Schengen participating Embassies are computer linked and the stamps in your passport show your travel activities – Some Embassies actually reject applications on such grounds.

Why is the documentation that you require different to that shown on the French Embassy web site?

This is the criteria that the French Consulate General have given us agents to work by. It is a little stricter because we have to have more evidence to prove that you are who you say you are and that you have going to return to the UK or your home country on completion of your trip. The French authorities also want to know where you are staying whilst in the country and may carry out checks to see if you have actually checked into the accommodation that you have stated on your application documents.

I already have a schengen visa that was issued by a different embassy but it expires next month, can you get me a French Schengen visa before it expires?

No, None of the embassies of the Schengen countries will issue a visa if there is already one active in your passport. The visa has to be formally canceled at the issuing embassy before a new one can be issued – they will not even issue a visa dated from after the expiry date of the current visa because this would still be regarded as having 2 active visas.

My UK residence visa runs out in 3 months time and I want to visit France before I return home. Can I still get a visa?

No it is no longer possible for us to lodge your visa application if you have less than 6 months valid UK Leave remaining.You will have to get your UK Leave/Visa extended before the French Embassy will even consider your application.

I have a UK leave to remain endorsement but it is not actually in my passport, the Home Office endorsed a separate document called an Immigration Status Document – I have the Home Office letters to prove that it is genuine.

As agents, we are only permitted to submit French visa applications where the UK leave is physically endorsed in the actual passport or on the new UKBA issued biometric data card.

Travel Document – The French Embassy in London only allows Schengen visas applications to be applied for on Brown Travel Document (passport booklet). The Embassy does not accept/recognise Black / Blue Travel documents